Secondary closure in a horse

A four-year-old jumping horse is presented with an injury to the common digital extensor tendon in the left rear limb. The patient underwent surgery for the injury. However, a lack of tendon strength means that the patient no longer achieves correct extension while jumping, which leads to bending in the support stage. This has led to a relapse and a significant injury.

A decision was made to attempt secondary closure, with treatment involving laser therapy and bandages to prevent relapse.

The treatment area was measured during the first session in order to select the most suitable parameters for the wound (PHOTO 1). The treatment area measured 150 cm2, including 3 cm2 of healthy tissue around the wound area. Local anaesthesia was used to clean the edges of the wound, removing the necrotic tissue before commencing with laser treatment.

The protocols selected initially were those of inflammation, deep tissue infection and subcutaneous infection. Treatment was applied on alternate days (PHOTO 2, four days after the first session). The sweep application technique was used in non-contact mode with the sweeper head. 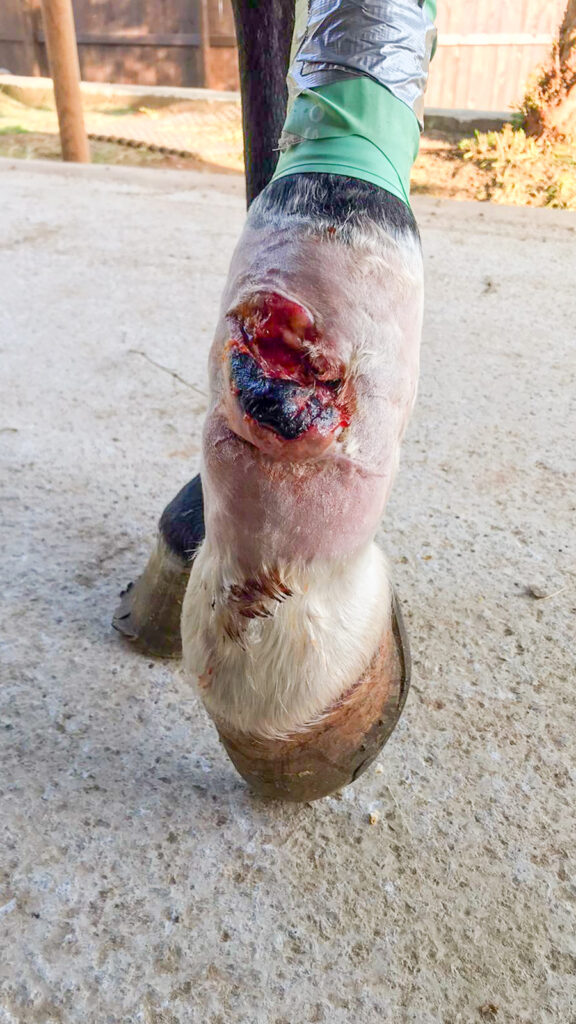 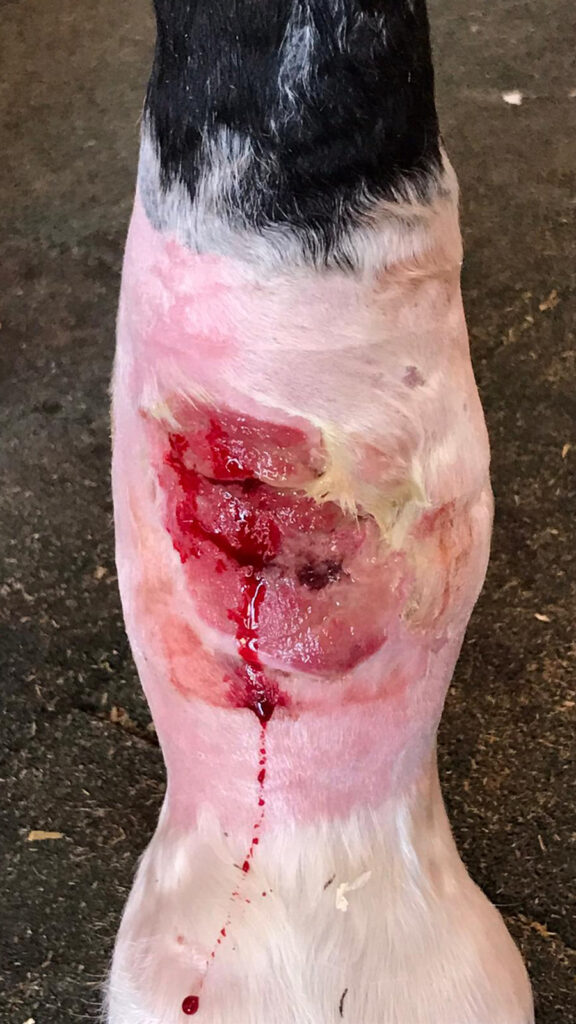 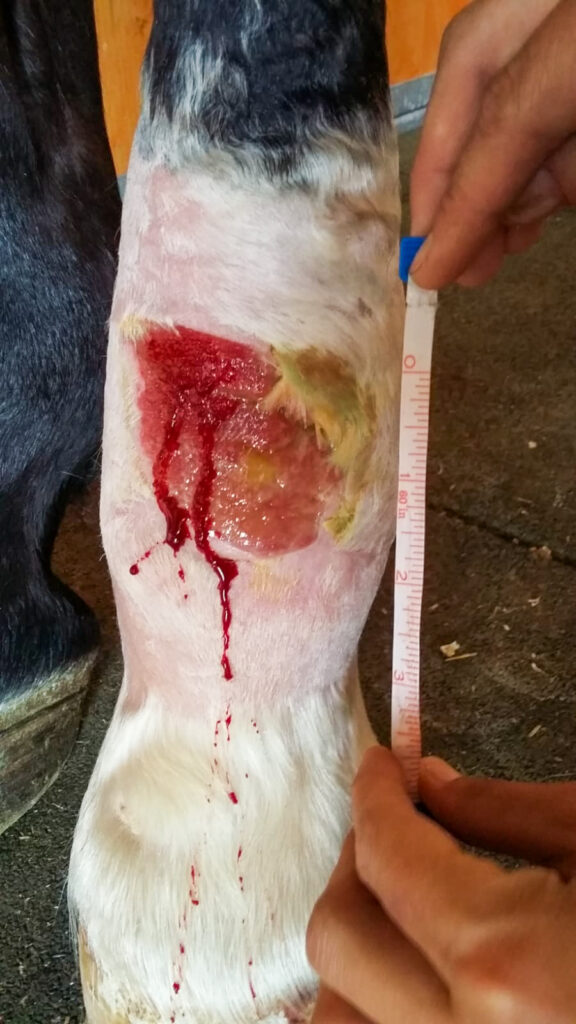 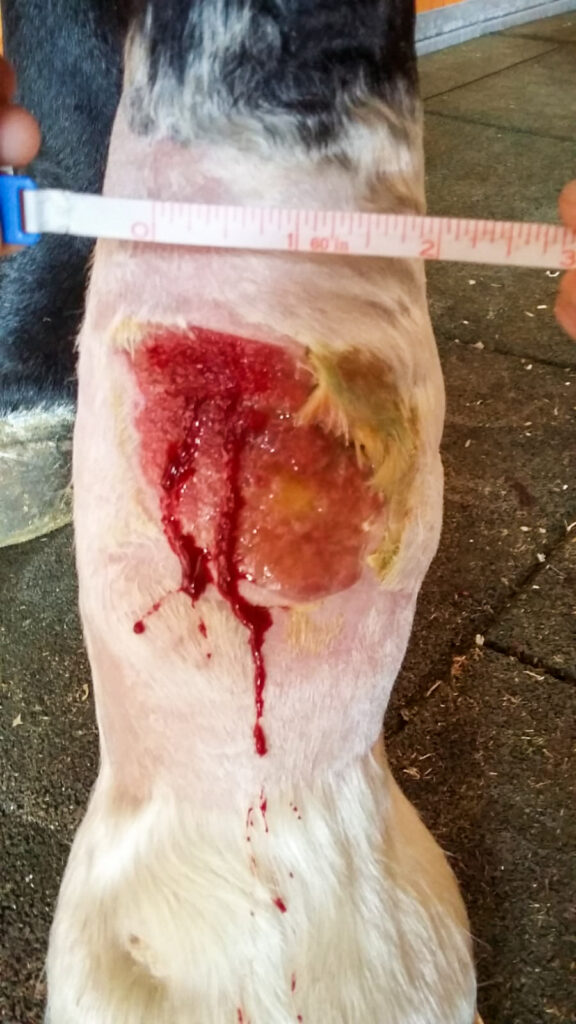 Photos 3 and 4 were taken three days after Photo 2, showing a noticeable improvement in the wound. Measurements were taken to readjust the dose given to the patient, always bearing in mind that healthy tissue around the wound is included in the measurements.

Photo 5 was taken six days after the previous photos. Despite a reduction in the size of the wound, the colouration was not so good and a decision was made to maintain the infection protocol. 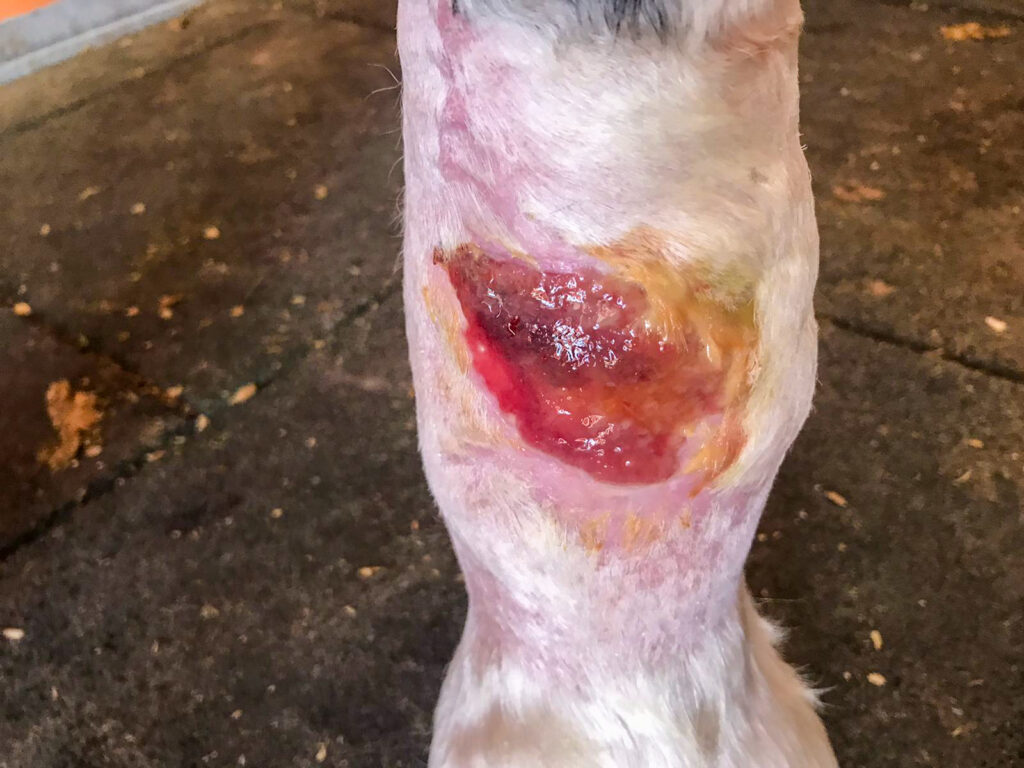 Photos 6 and 7 were taken five days after Photo 5. Due to the good appearance of the wound, the subcutaneous protocol dose was increased by 25%, the infection protocol was removed and the inflammation protocol was maintained. The application technique and mode were unchanged since the start of therapy, as was the treatment head used. Sessions were also reduced to two sessions per week. (Photo 8, evolution of the wound). 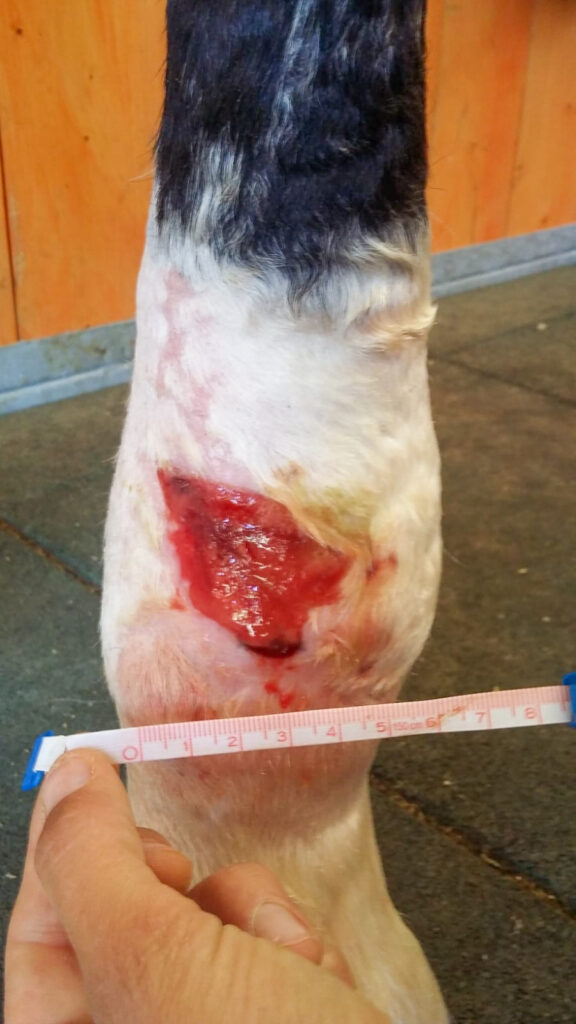 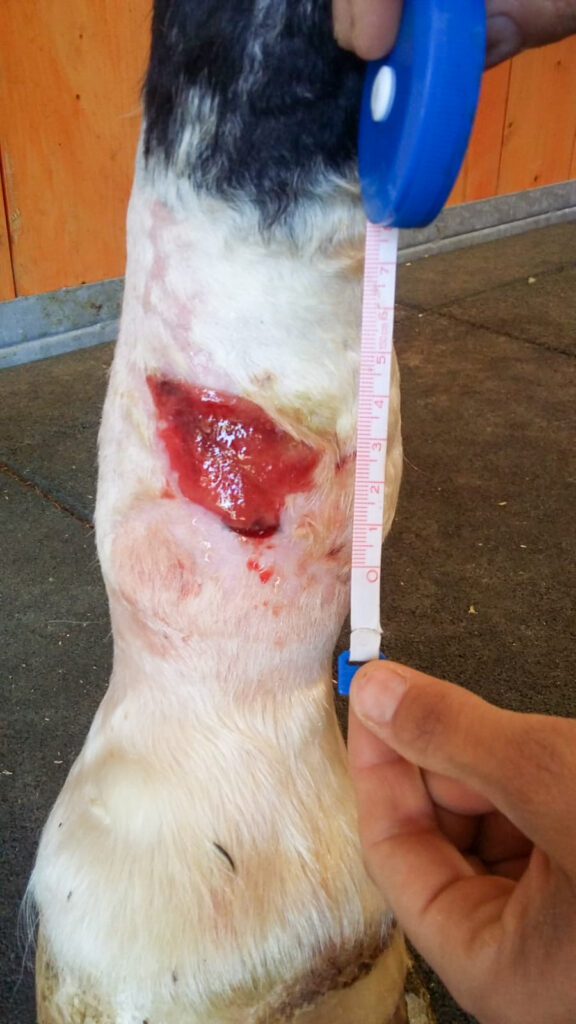 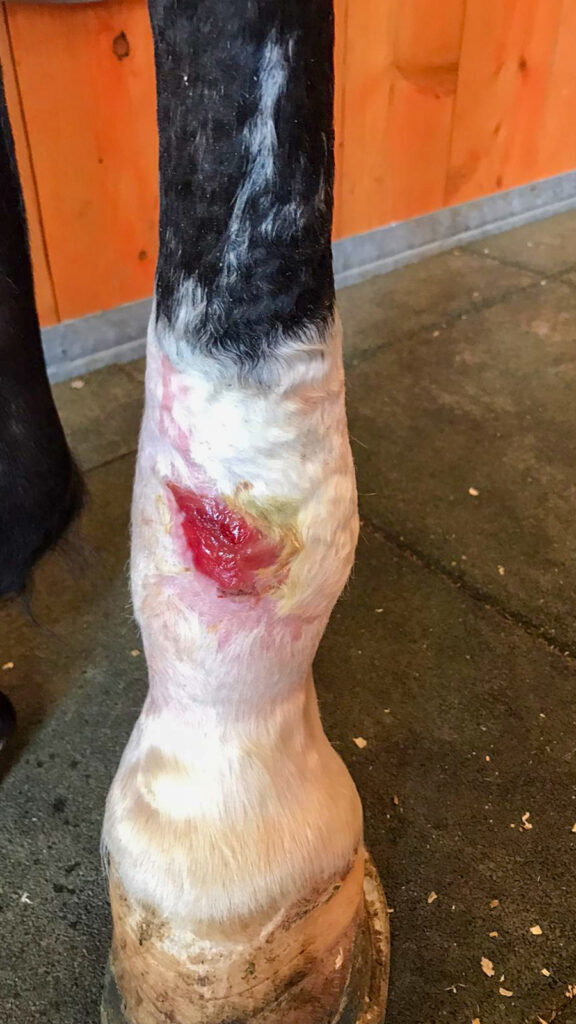 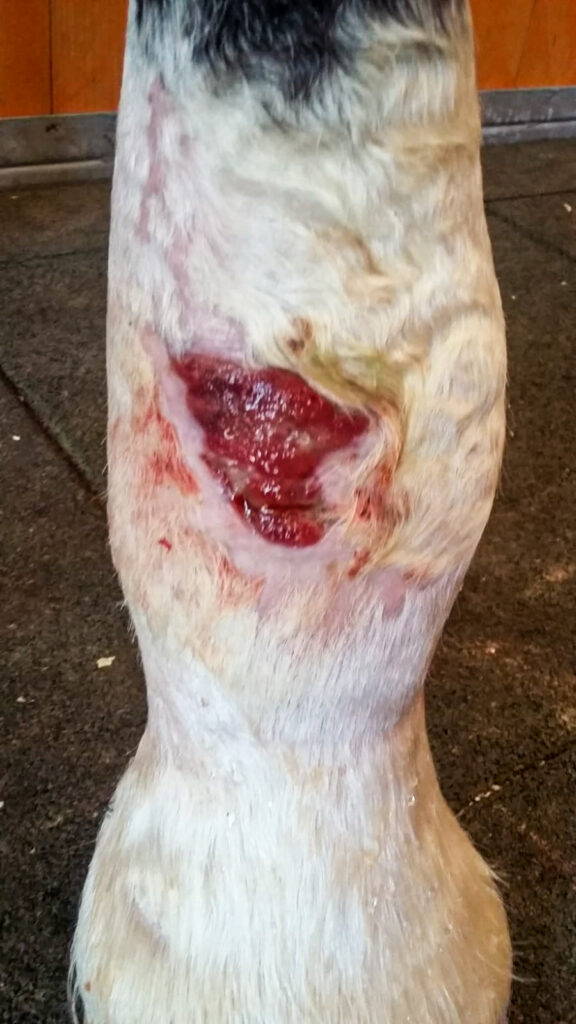 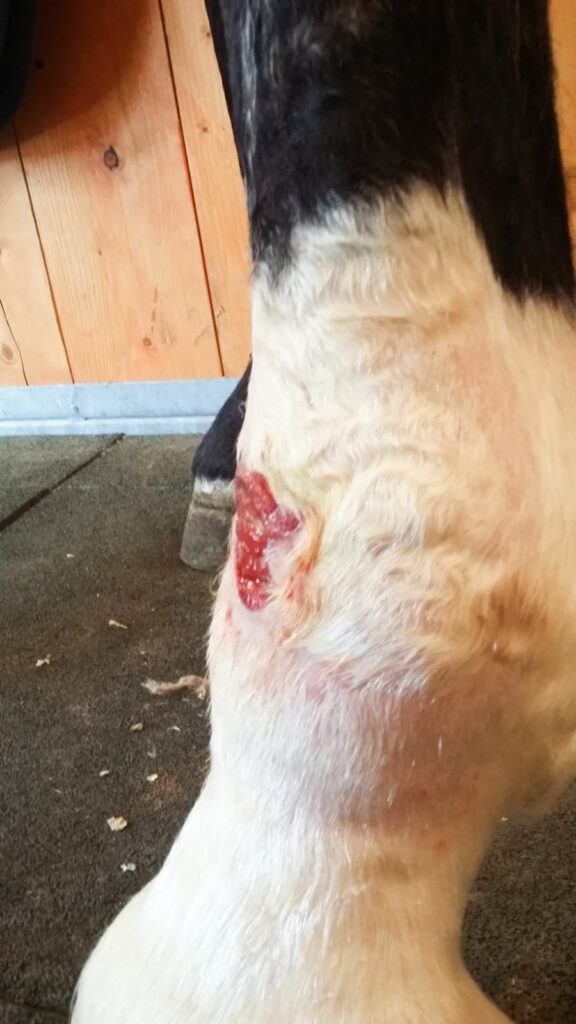 Evolution of the wound can be seen in Photos 12, 13, 14 and 15, with complete closure of the wound taking place in a total of 30 sessions.

The patient presented no complications, the edges of the wound did not need to be re-opened following Photo 1 and no keloids were observed at any time. The laser therapy controlled the healing process in the patient at all times. 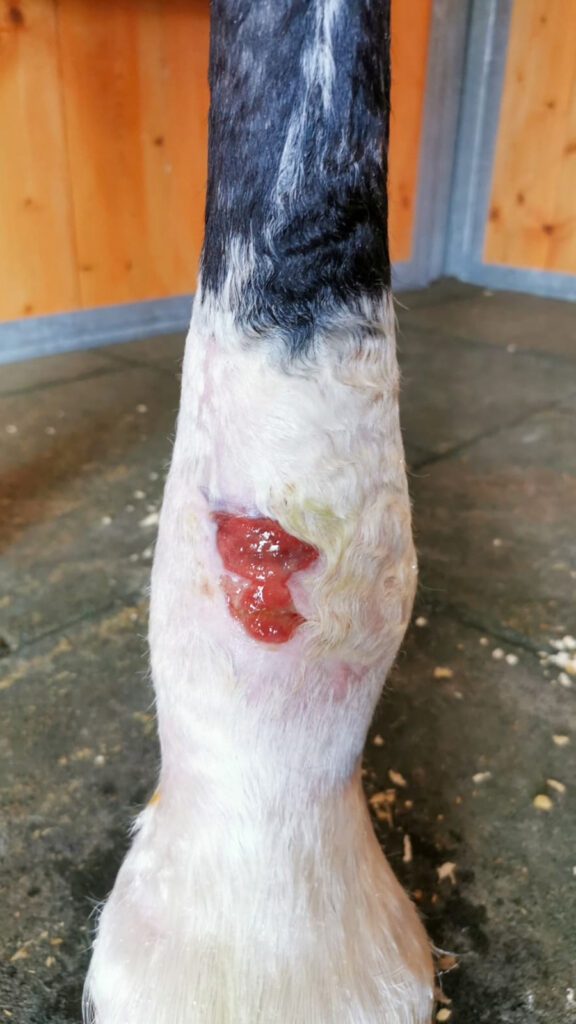 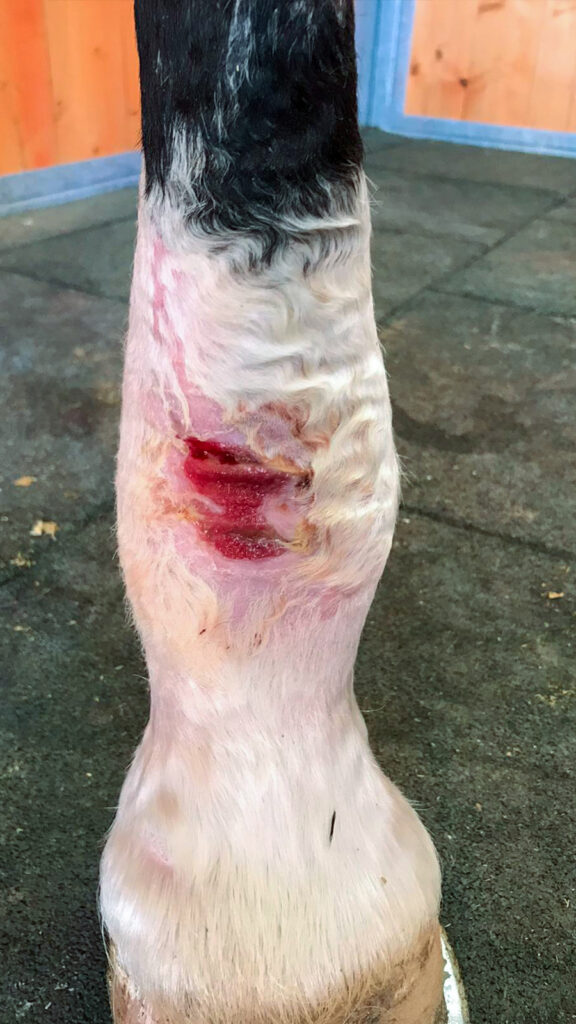 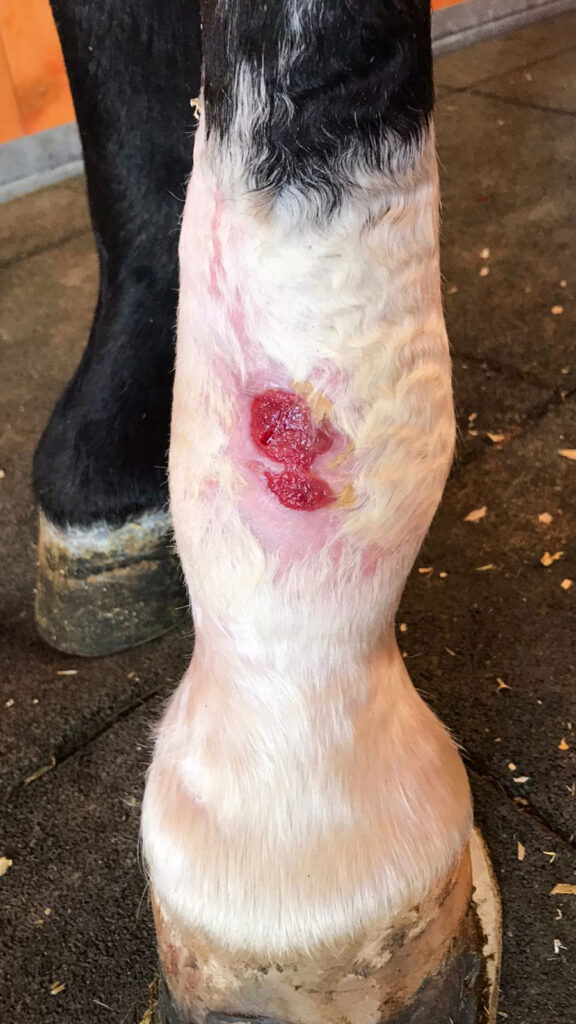 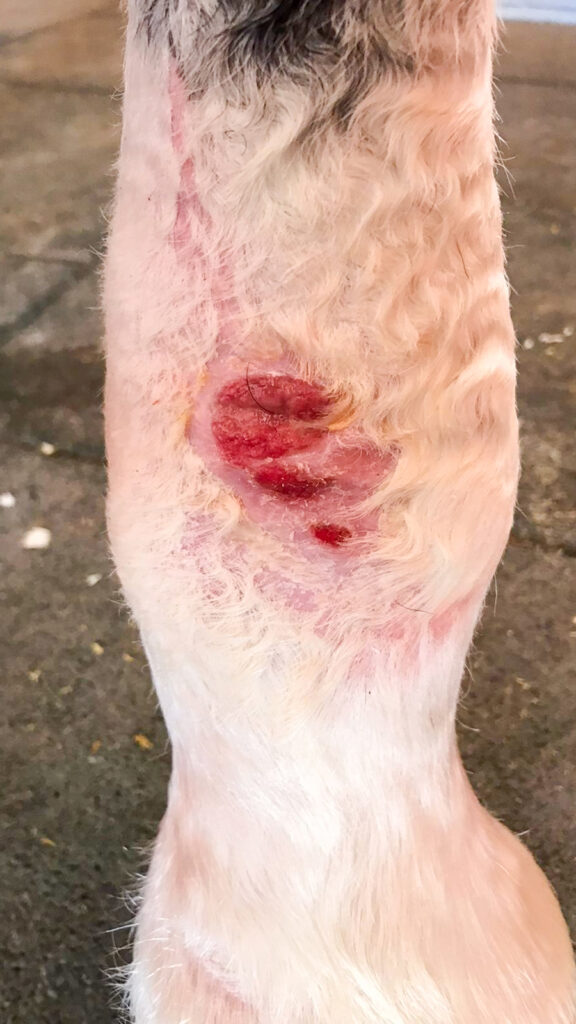 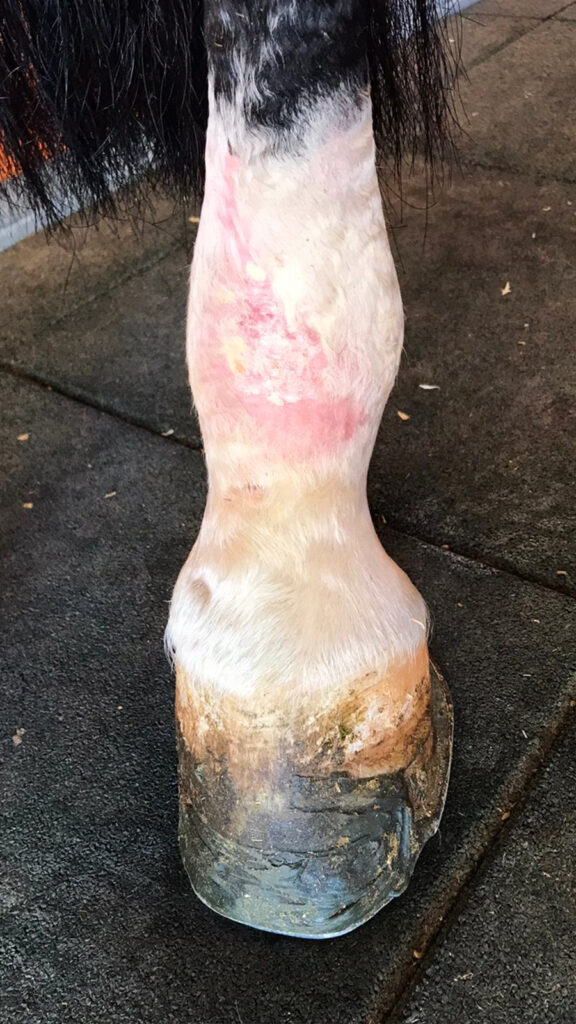